We have been talking for a long time about what is going to be with the professional supply. We perceived– particularly because of existential reasons – that our colleagues quitted in a short time and left for Budapest most of the times. Of course, young people came instead of them, but we realized that most of them would like to become TV or radio starts at once at a national commercial media or within a year they wanted to become local stars. We decided to start with the “unspoiled”, that is why we launched and operated for three years a School Radio project. We contacted those secondary schools of Debrecen, where there was a school radio. The youngsters formed radio teams of three people. 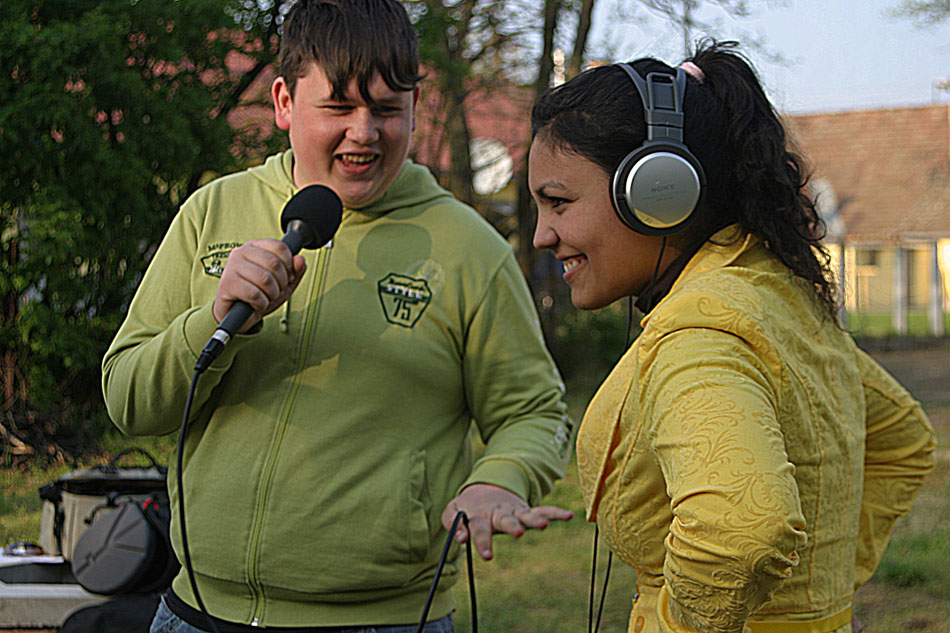 The news editors learnt news editing and reading, the presenters learnt articulation and information gathering and the technicians got familiar with the sound recording, editing and mixing skills. We emphasized the importance of teamwork as well so, as the time went on, during the long brakes in the schools the students and teachers could listen to pieces of information as well not just to music. During the whole program, the North-Great Plain Regional Youth Council, the Radio 1 from Debrecen, and the Soros Foundation supported us.