The work was started already on the 2nd day of the year. We had a meeting with our Romanian partner on planning a common cross-border project. This project later this year was supported from EU funds. We continued with the Romanian partner the youth initiative entitled “Youth Info Action” too. These included promotion activities in Lovarda at the Campus Party, promotion tours in Oradea (RO), or activities in youth community places like in local pubs and party places. This year again we set up a tent at the Campus Festival where we offered different entertaining activities and information of youth opportunities. 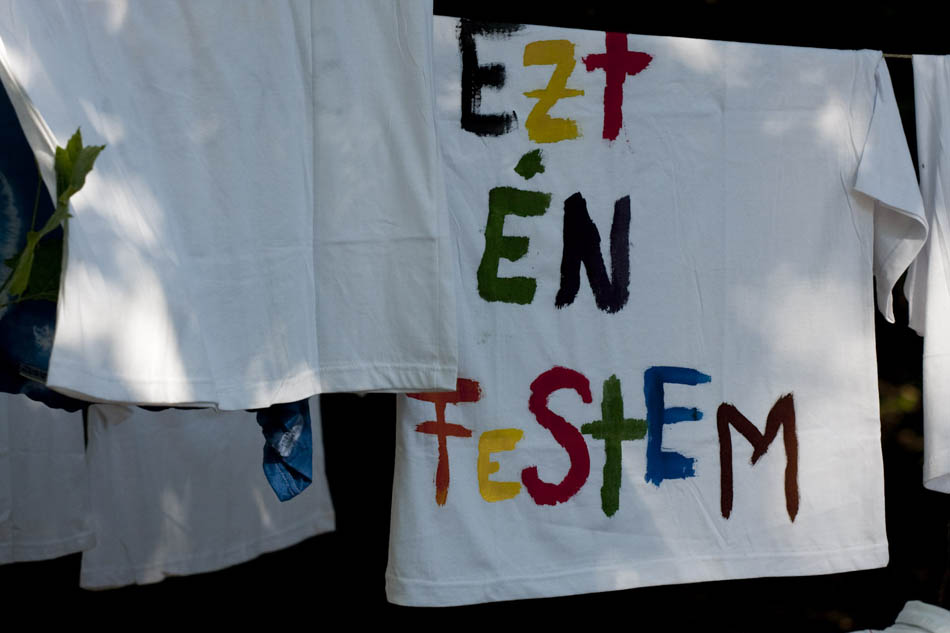 We started a new initiative with our local partners the Diszinfo, the HAHA Association and the Más-Mozaik Association. We agreed to be consortium partners to support the valorisation of the European Voluntary Service. The first common activity of the year was a Tea House, where we introduced the Youth in Action Program to high-school students. Later we filmed the performances of the regional youth talent show that was organised by the consortium members. We decided to prepare video clips on the different sub-actions of the Youth in Action program. We organised – involving all of the consortium members – a contact making seminar in Debrecen with our international partners. The aim of the VIA (Volunteering in Action) seminar was to create new partnerships and to strengthen the voluntary activities and cooperation of the participating organisations.

Together with our EVS and local volunteers we prepared the HUNGARY GUIDE. These video bits were prepared by volunteers to volunteers to help them to understand and adopt to the Hungarian culture and traditions. This year Maili, Zoli, Alpár, Federica, Lilla, Zsolt, Erika and Bryn were helping our work with the support of the EVS program.

We were preparing a short film in Túristvándi, at the Trin Pasura training organised by the Fekete Sereg Association. We were running public speech trainings in Tiszavasvári, a EVS training in Hortobágy and prepared the video documentation of the National Meeting of Green Organisations.

We were running video trainings in Dombrád for high-school students, where not only the video was in focus, but the local values and the ways of cooperation too.

We were awarded to be the Authentic Youth Documentalists of the Region. This award was given to us at the 10th Anniversary of the North-Great Plain Regional Youth Office.

We participated at a youth exchange in Gánt. The Taste of Health program was not only refreshing but was also a great opportunity to meet new partners. The Okkal-Másokkal Association in Hajdúnánás asked us to join them in a skills-development youth project. The end result of the long-term training process was a fairy-tale video, prepared by the local youngsters.

In order to strengthen the cross-border cooperation we started the filming of a TV series entitled Home from Home. The series were planed to be of 12 episodes, this year we could film the first two: in Hortobágy and in the Gúthi Forest.

During the year we had many projects with Romanian partners, and one of the results was that with 3 other partners we started a democracy project entitled Vox Iuventutis. We even had our first seminars to explore the mechanism of decision making in Oradea and Debrecen. This was just the beginning, as other programs will follow next year.

The end of the year was about the traditions. This time again – like every year – we organised the Santa Claus party, went to a pig-killing and organised an old-school New Years’ Eve party. It was a busy year with several great projects with excellent partners and wonderful volunteers.