In celebration of their 7th birthday the band Bordó Sárkány Régizene Rend organized the first medieval day in Debrecen. On the 1st of April the Nagyerdei Víztorony transformed therefore into an arena for knight fights, a market to explore mediaeval goods and a stage for ancient music, belly dances and a spectacular fire show. It was an event for the whole family to enjoy the beautiful summer evening in another age. After the knight fights the audience could enjoy the beautiful belly dances from Deja Vu Dance, which brought some magic to the place and inspired even some of the young audience to try it themselves. The evening continued with traditional dances, in which everyone was free and welcome to join. When the last lights of the day vanished the location moved to the concert room of the Nagyerdei Víztorony. With a performance called “spirit of Tengri”, Török Tilla, Dancsó Ádám Török, Szlama László and Varró Zoltán started the second part of the evening. With ancient instruments and beautiful vocals the band entertained the audience and made everyone feel comfortable through their nice appearance. After the concert everyone could enjoy an amazing fire show by Anima Prizma Mozgásműhely, which was a combination of music, dance and fire. The show ended with a breath taking dance in a dress on fire. The mood couldn’t have been better, when finally Bordó Sárkány Régizene Rend started. The band plays medieval and folk music from all across Europe but also performs own songs. They use medieval bagpipes, drums and lot of folklore instruments. The audience danced and the atmosphere was great and got even better when the band performed together with the Deja Vu bellydancers and fire artists to bring everyone once more together. The band received in the end a dragon cake and champagne to celebrate the more then successful first mediaevel day in Debrecen. Photos by Emili Pavel #mediaeval #knightfight #bellydances #familyevent #fireshow #livemusic #debrecen #hangkep
Click the photo for more pictures of the event. 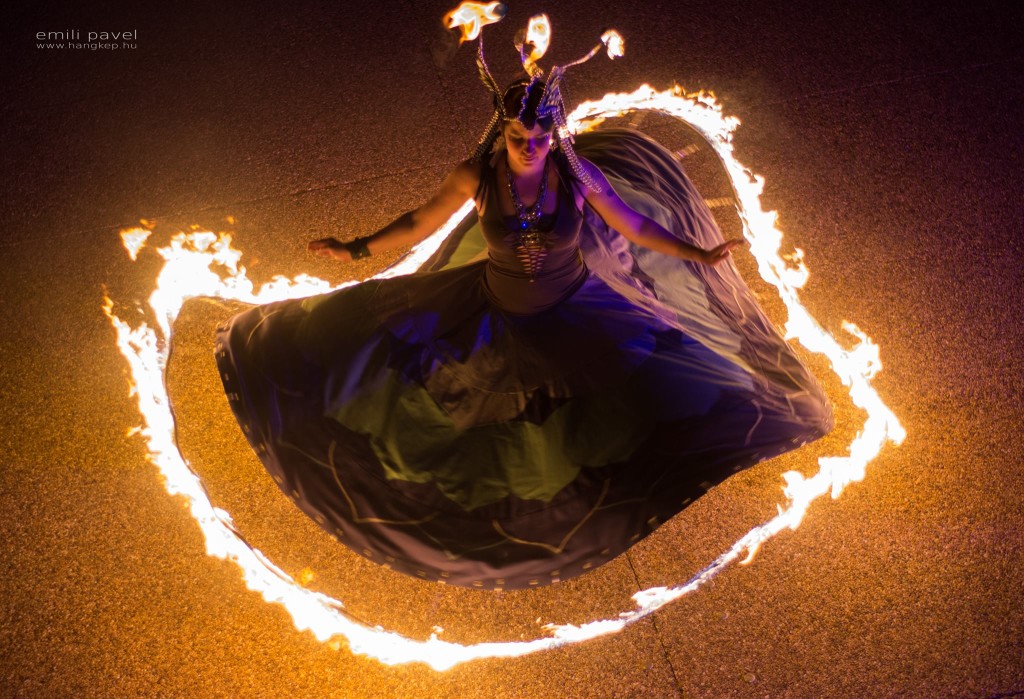