We started the Consonant (Összhangzattan) youth initiative in December 2007, so from February till August 30 young underground artists from Oradea and Debrecen worked together on different artistic issues. Besides the joint music performances the youngsters exchanged experience on the connection between the media and the music, on the mother tongue of music and on the possibilities of forming amateur underground artistic places. We worked together with the Rock-school of Debrecen and the Fekete Sereg Youth Association on this project. From March till the end of summer we organised open-speech trainings for young people, youth workers and volunteers in cooperation with the reformed collage. In May we closed our Communication without Borders project.
In the EVS project Attila Forizs (Romania) and Pierre Baudchon (France) joined the team. They both worked on films and animations. In the summer time we hosted Csoki from Oradea for a 3-month period. He was working in the Bird Park of Hortobagy, where he made different communication activities.
In May and October we organised two EVS clubs for the EVS volunteers staying in Hungary. The venue of the training was Hortobágy. The basic idea of the clubs was “Back to Nature”. We prepared short films on both clubs in order to have some promotion for this region as well.
With the support of the North-Great Plain Regional Council we started to shoot the Mobilitárs youth magazine that were broadcasted every second week in 12 TV channel of the region. We introduced the youth activities and youth organisations of the territory. 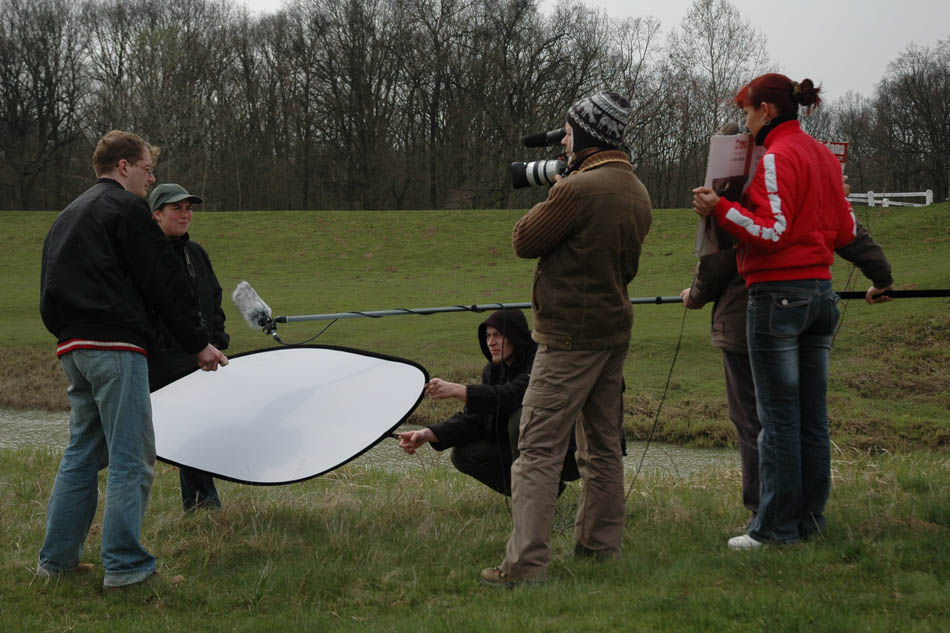 From the beginning of the summer we were asked to record youth activities and we edited several short films. These were youth conferences, the best projects in the Youth In Action program in Hungary, Youth Week activities and the Youth Festival of Debrecen. We also participated at the Metszéspont seminar, organised by the Diszinfo. The Haha Association organised a youth exchange in October for the youngsters of 5 countries, where we led the team-building and communication activities. This way we had the chance to work with very active high school students and university students of Debrecen as well.
The year could not pass without a bit of rest, with our partners, the Terepszemle Stúdió Association and the Csemete Association we spent a week in Bugac where we could do nature photography and made some films of the natural park as well. Inspired by this week, we took several weekend excursions all around Hungary and in Slovakia and in Romania for exploring and recording the nature around us. These gave great inspiration for the team to carry on the joint work.