With our volunteers we continued our service of supporting the events of non-profit organisations in Debrecen with free event photography. In January, we also videotaped the performance of the 6Hz youth art group from Hajdúhadház. On the Day of Hungarian Culture, our EVS volunteers wrote their own language translations of the first two verses of our national anthem on the glass windows of our association’s headquarters. We regularly participate in the American Corner Debrecen programmes: at the beginning of the year, we held a two-day English public speech training for high school students, as a supporting programme to the DEBate debate competition. We took our volunteers on a field trip to our other regular partner, the Hortobágy Bird Hospital, which was a good opportunity for the young people to prepare the summer camp sites and to do video interviews with local volunteers. 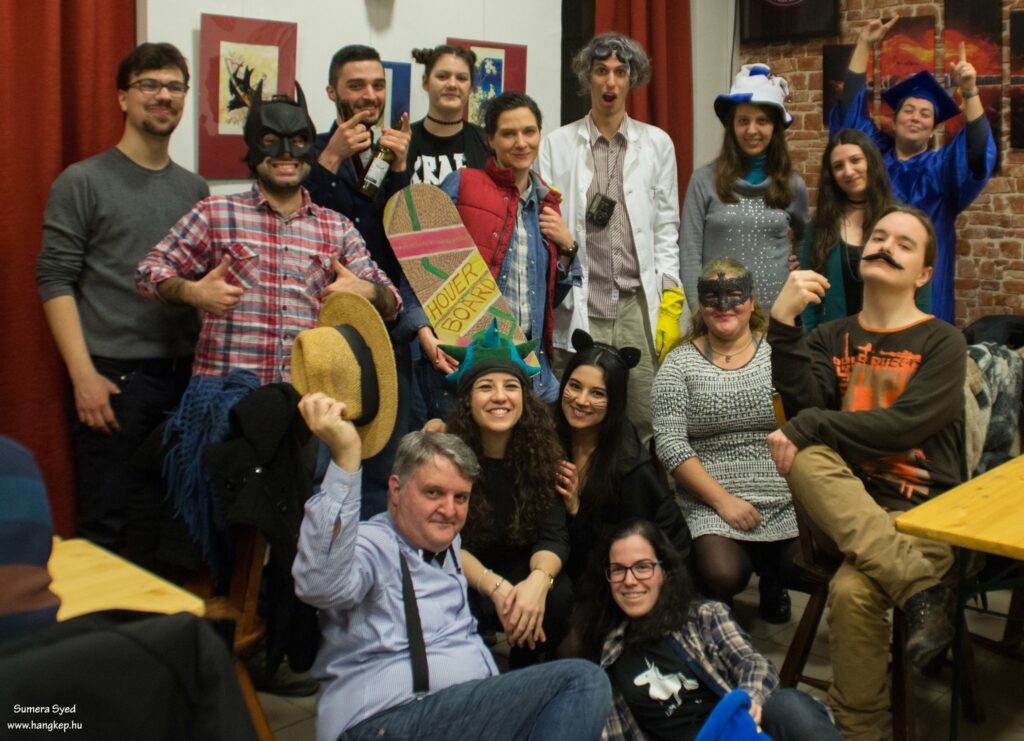 In February we organised a costume carnival for EVS volunteers in Debrecen. At the end of the month, we participated in the jury of the English debate competition at the University of Debrecen, and our volunteers made video interviews with the contestants. In March, photojournalist István Konyhás gave a workshop to introduce our young people to the secrets of flash photography.

Spring was a time of renovation, as we renovated the EVS volunteers’ apartments, which involved a lot of physical work. At the same time, the association’s youth professionals took part in an intercultural training course in Balestrand, Norway.

In May, as a partner of ESN Debrecen, we helped to organise an international youth day, the Global Tower, with quizzes and video interviews.

This year we also took part in the Towel Day organised at the Art Space Association’s bookcase and baked the association’s first volunteer-mentor cake at the end of the month.

The summer camp season started with the Value our Values international youth exchange at the Hortobágy Bird Hospital, and in parallel we sent young people from Debrecen to Lake Ohrid in Macedonia for a similar programme. In the last week of the school year, we partnered with American Corner Debrecen to hold an English-language media workshop at the local Kossuth High School.

This year, in partnership with American Corner Debrecen, we organised two Grow Camps – English-language leadership training camps for young women. The first one was attended by 12 Hungarian high school girls, while the second one was attended by girls from neighbouring countries. At the request of the Hungarian Ecumenical Relief Service and with the support of Szerencsejáték Zrt., we organised an international English-language camp to prevent gambling addiction. In August, in the Hortobágy Bird Hospital, we again organised an English-language international youth exchange – CUTE: Cooperate, Understand, Tolerate, Empower – enriched the summer programme of the participating young people. We continued with an international workcamp for the renovation of the hospital’s equipment park, where besides Hungarians, German and French young people did some serious physical work for free. The week-long camp was followed by a 1-month volunteer project with Romanian, Italian and Macedonian young people, who also worked in the Bird Hospital and the associated Bird Park.

Back in September we sent a team of young people from Debrecen on a youth exchange in Sardinia, Hands-On Together. This year we hosted the annual general assembly of the Youth4Media international network, where our organisation represents Hungary as a board member. The theme of the week-long Media Platform seminar following the congress this year was the presentation and exchange of methods to develop media literacy among children and young people.

This year we also took part in the University of Debrecen’s Foreign Affairs Exchange, where we shared our 18 years of experience in the European Voluntary Service with the university citizens. 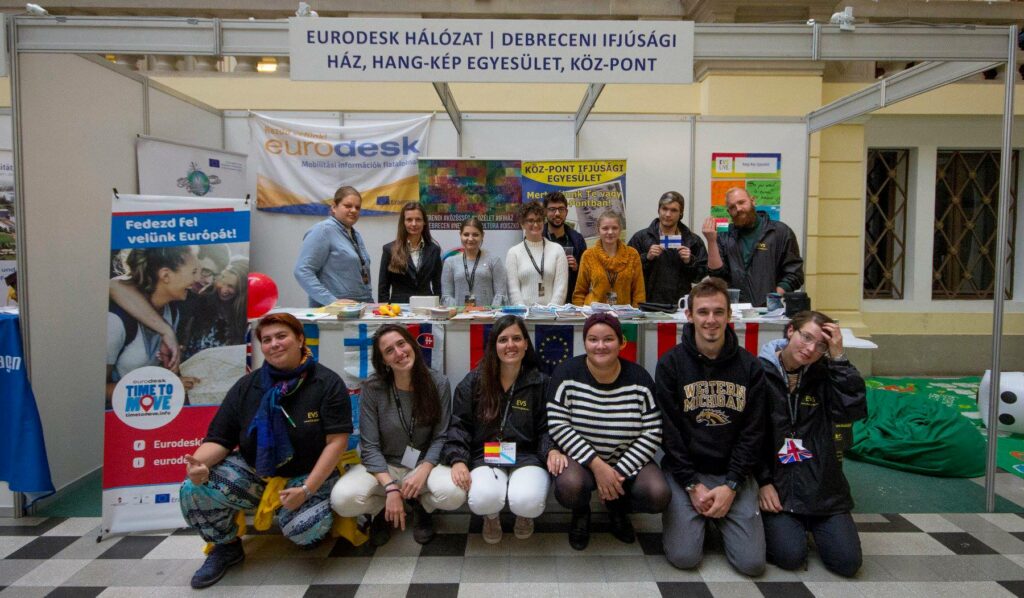 If October, then flash workshop together with István Konyhás. Together with three civil organisations from Debrecen we held a Spanish cultural evening in the community centre of the Reformed congregation of Tócóskert. 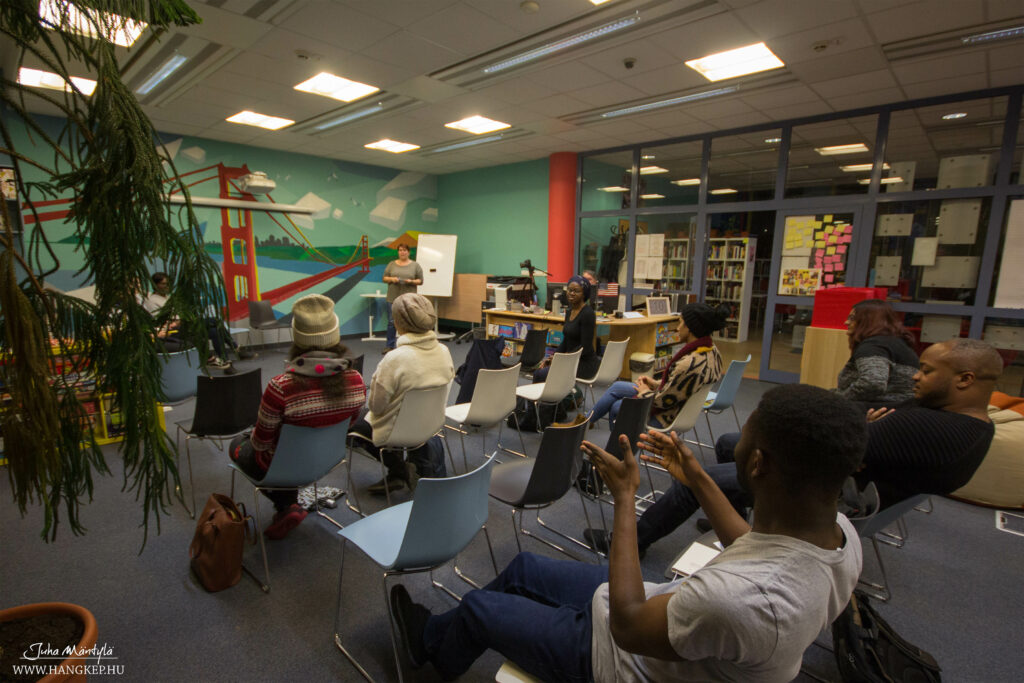 In November, at the request of the American Corner Debrecen, we continued the Spanish conversation club in cooperation with the Világjáró Volunteer Non-profit, and after the very successful Spanish evening in October, we held a German cultural evening. Also this month, we launched our public speaking training, supported by American Corner Debrecen and the National Fund for Civil Cooperation, which is free of charge for participants and will continue in 2019 after the winter break. 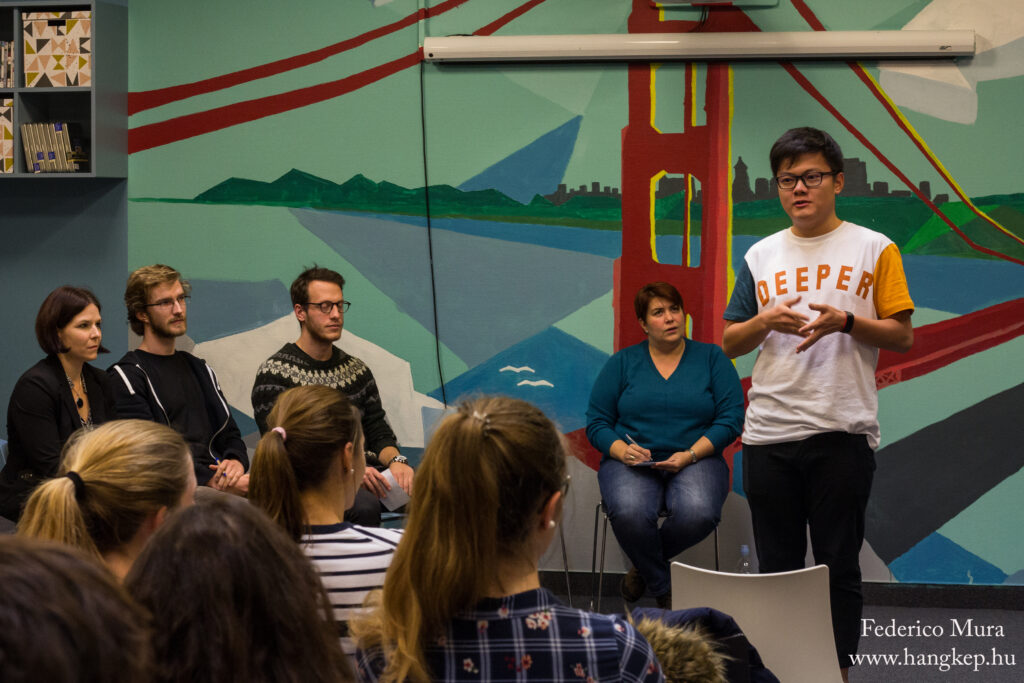 Back in November, we sent secondary school students from Debrecen to Berlin as part of the German-French-Hungarian programme celebrating the end of World War I. In December we started our international democracy programme using the tools of community theatre, where we represent our country among Romanian, Greek, Norwegian, Polish and Portuguese participants.

We closed the year with the regular annual Santa Claus celebrations at the association’s headquarters.