We were about to finish the last semester in our School Radio project, but we could not solve the lack of space. The association had no hope for having an own in the near future. Although our project manager placed a partly ruined building at our disposal, we had no financial means for renovating it. We started a public communication training with our old-new partner the Gipsy People’s Equal Chances for Joining the European Union, which helped the socially disadvantaged youngsters’ communication skills. Thanks to the trainings that were organised in the Roma House in Csapó Street the young adults did well in the job interviews, and adapted themselves well to unfamiliar situations. The Labour Centre of Hajdú-Bihar County supported the program by giving 75% support for the salary of a full-time employed cultural animator. Despite of the failure of the Soundbits of Debrecen demo CD, made in 2002, we carried out the Soundbits of Hajdú-Bihar CD, which had been supported by the Hajdú-Bihar County Government. 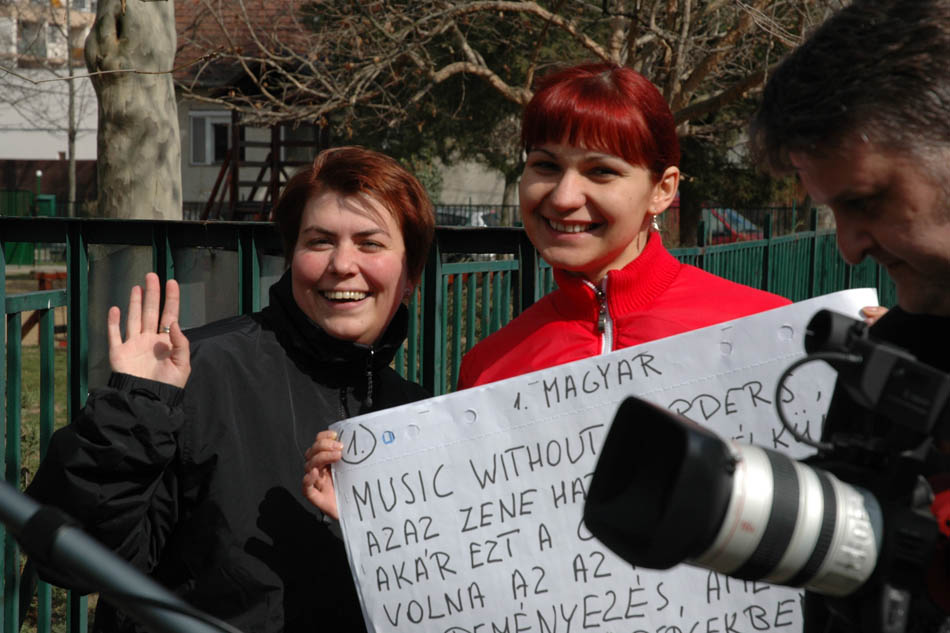 Both CDs would have functioned as “loud flyers”, by which we wanted to promote the non-profit music bands and groups of Hajdú-Bihar County around Europe. Even though the participating artists were really enthusiastic about the CDs, the project was a failure because we could not find financial means for the reproduction and spreading of the CD. We consider this failure as the weakness of the association’s lobby techniques.