We got many requests from youth organisations of small settlements to help the local youth to set up media study group, clubs or just to help them in forming a local youth community. The world of media is attractive to youngsters; taking photos and recording is cool, so it is easier to get them to leave their houses and to become part of a physical community while learning new skills. At the same time gathering of information and filming at different locations request team work and cooperation, so it can be used for community building. During the workshops we tried to motivate the club members to focus on local values in their short movies. This way they could get in touch with other locals, with people of other age groups which had a positive local effect.

During the year we implemented an other youth initiative with our partner from Oradea (RO). As part of the project youngsters of both towns focused on the topics of youth participation, decision-making and representation. It was a youth to youth project, in the framework of which they also informed other youngsters at summer festivals on different international voluntary possibilities. We also had some initiatives at the summer pools of Debrecen.

We continued filming the TV series that introduce the nature, architecture and gastronomy of the Hajdú-Bihar and Bihor counties (HU-RO). We organised another communication training within the CBP project reaching more people at both sides of the border. We started a new TV series called „Kapocs” involving the participants of the communication trainings. 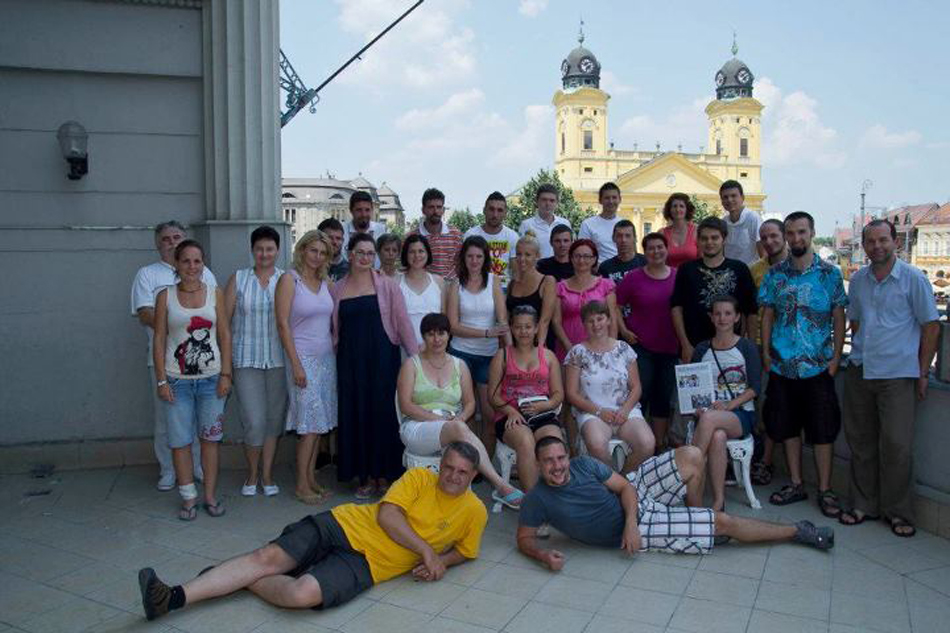 Communication without Borders Plus

In the European Voluntary Service new youngsters were joining our team. In addition to this we were working with a local volunteer group of around 20 members. Some of the video works that we prepared with the group was about the rock school, the end-of-semester concert, even from different perspectives or about the local communities.

We did several promotional videos about the European Voluntary Service (EVS) and also about the international student opportunities in Debrecen.

Together with the American Corner from Debrecen we organised a summer leadership camp in Hortobágy, entitled “Girls Rock Our World” (GROW). In this leaderships camp 16 high-school girls practiced public speech, explored personal and local values and reflected on her working in a team.

This year again we organised an EVS on-arrival training in Hortobágy for foreign EVS volunteers living and working in Hungary.

This year we had a lot of youth programs, camps and several video projects at different locations. It would not have been possible to make them without such a great team.